making the most of the movies 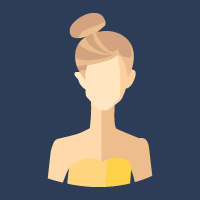 Do you pay attention to the movies that are being prepared for release? If not, you probably don't know what you are missing. So many great movies don't receive the attention that they deserve and end up bombing in theaters. This blog will present you with all sorts of facts about movies that are set to be released, those that have been released and the ones that are in theaters that you need to see. You will find tips and advice for making your moving going experience as enjoyable and fun as it can possibly be for you and your family.

If you're looking to start a stand-up comedy caree …

Why You Should Watch Stand-Up Comedy Documentaries
10 November 2019

Do you have dreams of one day becoming a stand-up …

Grown Ups And Cartoons: A Match Made In Heaven
24 January 2018

When you think of cartoons, you probably think of …

When your favorite television program stops being …

Anime (Japanese animation) has become a bigger part of western animation. Still, even with worldwide acceptance, there's still the work involved in translation that may not be worth a major publisher's time unless the series already has positive review in Japan. If you're looking for something more obscure, here are a few ways to track down or order the series you need.

Why Are Some Anime Series Not Exported?

In Japan, anime has a much bigger slice of the media market. If you're reading this from the US, Canada, or the UK, you come from a culture that believes animation--cartoons--are meant for children. It's an entirely cultural separation, which could explain the early slow adoption of the style outside of Japan.

With classic anime series and movies such as Dragonball, Outlaw Star, Serial Experiments Lain, and Cowboy Bebop blending in with newer entries such as Sword of the Stranger, Kara no Kyokai, and The Girl Who Leapt Through Time, there's a wide range of entertaining and philosophically poignant series to enjoy. More of the current young adult and middle aged population have been introduced to anime, but there's another problem even as the "cartoons are for kids" rhetoric weakens.

Unlike distributing foreign TV series that are in English, production companies need to pay for translation. For anime fans, this means getting into the dubs (voiceovers) versus subs (subtitles) debate. For the most part, a production company bringing anime to the US is expected to provide both English dubbed and subtitled options in multiple versions for their DVDs and Blu-rays.

Finding A Series That Isn't In English Yet

The hardest to find series are the ones that haven't made it to the US yet. If it wasn't extremely popular in Japan, distributors may hesitate on bringing the series over. That can be a benefit for you as long as the series hasn't been licensed yet.

Look for the anime series you want. If it was released during the age of DVDs and Blu-Rays, you can find the Japanese release with no problem unless the anime was made by an indie (independent) studio.

When you find the DVD, figure out if the anime series is licensed in the US or your desired country. The answer is usually no if a publisher hasn't purchased the series for release in the US, but you may find rare situations where an ambitious release was preemptively licensed in major countries, but not picked up outside of Japan. An article on Anime News Network covers licensing, but the website's search can be used to find your series and a linked anime licensing deal.

If the series isn't licensed, buy the DVD or Blu-ray disc. For translation services, search for a fansubbing group (an unofficial group that subtitles anime. Fandubbing is also available, but more limited) to provide translations for your content. They can provide instructions on how to send the unlicensed anime for translation, and can even help you figure out licensing issues before or after purchase.

Contact a Blu-ray TV series and disc distribution professional like https://pristine-sales.com/ to find anime that might not be on most shelves, or to bring over an untranslated gem for your own use.